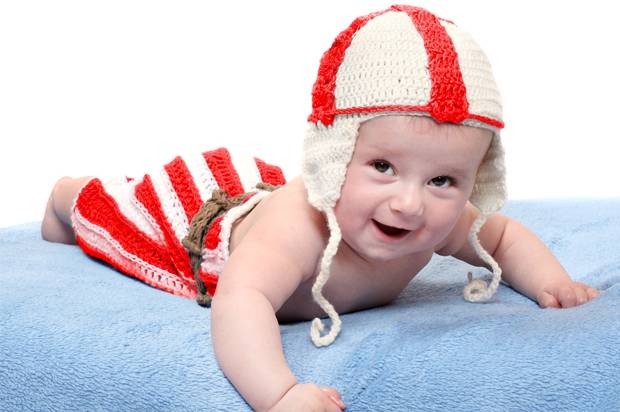 As featured in Salon

A new study published in the Journal of Pediatrics has concluded that Danish babies cry less than babies in other countries, and they have the lowest rate of colic. English and Italian babies cried the most in the study and the behavior of Americans babies fell right in the middle of the results. What could be the reason?

As the co-author of “The Danish Way of Parenting” and a mom to two half-Danish children, I believe it has a lot to do with Danish peoples’ no-nonsense approach to parenting, which focuses on the basics, not fads or “mommy wars.”

Yes, the Danes have a good social system, which supports parents, but I believe there’s more to it than that. What can Americans learn from one of the happiest countries in the world for over 40 years in a row?

You won’t find a myriad of parenting fads in Denmark that lead new moms to second-guess their natural instincts and navigate a sea of baby products, endlessly debating which ones to buy — and where to put them all! Wooden toys are still the norm, and simplicity reigns. Free play matters more than top gear, allowing both mother and baby to be more relaxed and present together.

“There is a common understanding among Danish citizens of what is good for us,” said Ghita Sørensen of Visit Denmark. “This attention toward what is healthy and good exceeds any high-budget branded campaigns.”

When it comes to what every mom and baby needs, fresh air, low stress and attachment are at the top of the list — not the hottest new gadget.

Less consumerism and a full year of maternity leave mean that Danish moms can focus on what matters most: calm quiet time together in the first year of life. Comparison and competition with other parents is at a minimum, since there’s wide agreement on what’s most important.

One way that Danish moms are able to avoid comparing and competing with one another is having a shared outlook on breastfeeding. Unlike what happens in many other countries, where there’s a great debate about whether women should breastfeed and for how long, 99 percent of Danish mothers are on board with the practice — and there’s no shaming about this practice or prohibition of the activity in public, either.

To be clear, I don’t mean to pass judgment on any mother’s choices, but rather to point out that comparison and disparagement hurt new moms — just when they’re figuring out how to do the toughest job in the world.

Imagine a culture where moms were supported instead of judged, enabling them to stay centered and trust their instincts. No wonder the babies are calm, too!

By now, the Danish concept of “hygge” has traveled to the U.K., the U.S. and beyond. Defined as a meaningful kind of cozy togetherness, hygge offers mothers and babies a special way to bond.

Activities that offer hyggeligt can be as simple as singing favorite songs or sharing a meal without the distraction of cellphones, TV or to-do lists. Powering off screens means powering up the quality time.

When the audio version of “The Danish Way of Parenting” was being recorded, the narrator called me to find out how to pronounce some of the Danish words. She was a mother of five and she told me she had read a great deal of parenting books for her job. “Wow,” she said. “Finally a parenting book that is just common sense.”

What if we non-Danes could come together on some basic ideas that are simply good for us as parents and kids — and as humans? I am convinced that if we could connect and feel more centered about the common good, there would be a lot less crying over spilled milk in general — be it bottled or otherwise.

Don’t we all know those feelings of frustration and lack of control when our toddler has a meltdown? Find out what you need to…