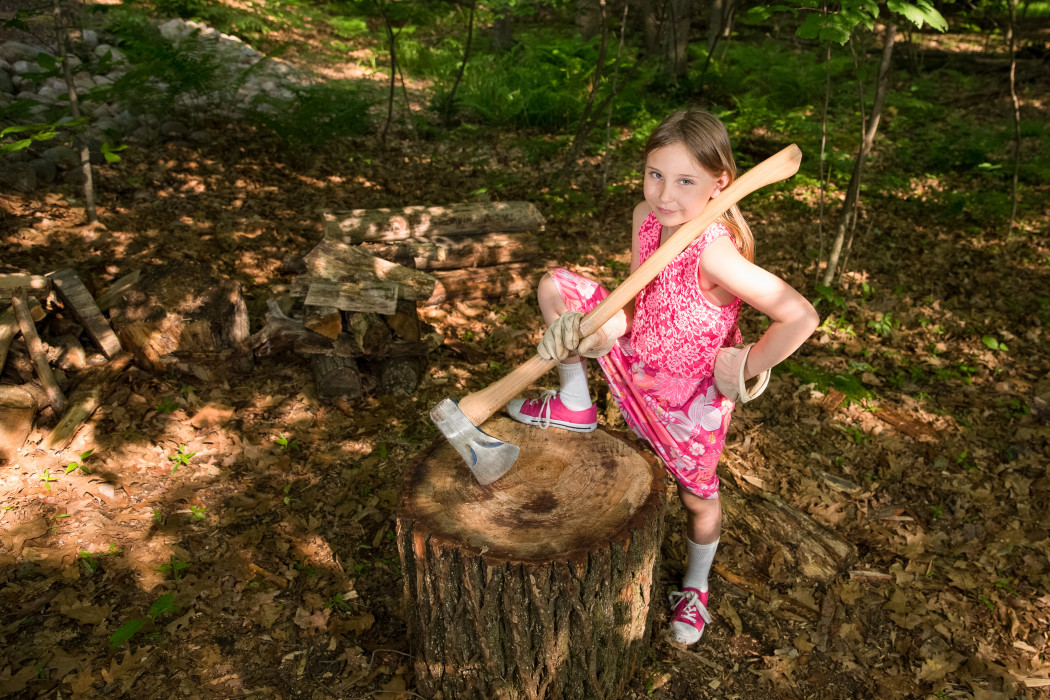 Not too long ago, a video came out from a program in Australia about a day in the life of a forest kindergarten in Denmark. http://www.sbs.com.au/news/dateline/story/kids-gone-wild. It was so outrageous for many around the world that the story went viral.

In the video, children can be seen playing outside in freezing and raining weather, climbing extremely tall trees with no safety net and wading through mud puddles near unfenced in fjords. They are seen rolling down steep, wet, tree dotted hills and whittling sticks with real knives.

For a foreign onlooker, this can conjure up images of grabbing the phone and dialing child services. To a Dane, this is a rather normal setting for the stage of life growing up in Denmark.

The video made so much global noise, in fact, that it ended up on Danish national tv where the commentators talked about our book “The Danish Way of Parenting” and expressed their surprise that Denmark’s style of parenting could be seen as different to the rest of the world. But indeed, in many ways, it is. And one of the main ways it is different is in the way they trust their kids.

Teaching children how to do things for themselves and explaining what can be dangerous and why they need to be careful is laying the groundwork for trust. The key, however, is then to stand back and let them respect the boundaries for themselves. This is extremely powerful. Children are amazing at following rules when they really understand their purpose and internalize them.

There are over 500 forest kindergartens in Denmark and they are not seen as radicalized baby boot camps. The thought of hovering over children to protect them, as we do in other cultures, or correcting every move they make would seem very strange indeed for a Dane.

Children are natural explorers so the overcorrecting, protecting, taking over a task or over barricading any possible danger areas instead of explaining what they are and how to be careful are all contrary to instilling trust and building confidence in kids.

Our inability as parents to just stand back and let them hurt themselves is also a fundamental learning curve. Life is about getting skinned knees as well. It’s about falling down and getting back up. That is resilience. And resilience has been proven to be one of the greatest factors in cultivating more happiness.

Seeing that Denmark has once again topped the world happiness charts for 2016, I can’t help but wonder if this instillation of resilience and trust in the young has something to do with those results.

As someone who grew up being told “no, don’t do that” often and currently living in a country where a lot of parents hover over their kids and worry, it’s definitely not always easy to stand back and trust my kids knowing that they can hurt themselves.

But I believe so much in the Danish Way of parenting that I take a breath, close my eyes if I have to, and stand back. I really hope that trusting them to trust in themselves will protect them better than I can later in life.

So far, (knock on wood) no one has been hurt and no one has called child services on me. I haven’t started my knife whittling class for three to five year olds yet though.

In one scene in the Danish forest kindergarten video the interviewer asks in a clearly concerned voice if the teacher is worried about the boys hurting themselves with the huge sticks they are wielding around each other.

“Sometimes they hit, yes, and they get a little accident but that’s the way to learn. Only once I had to drive to the hospital with a boy with a big injury in 17 years. So I am not worried”

The interviewer pauses and asks nervously

“And what was the injury?”

“It was a parent who drove over a foot.”

In 17 years of an outrageously dangerous looking kindergarten where children are trusted to follow rules themselves, the biggest injury came from an adult driving over a child’s foot.

They say the truth hurts sometimes and here it really does. If adults could just stand back a little more, we would be amazed at how capable our kids are with a little space and trust.

Is the Secret to Danish Happiness Hidden in LEGO?

We have all thought about what it means to be a parent from time to time, but have you ever wondered how our culture…