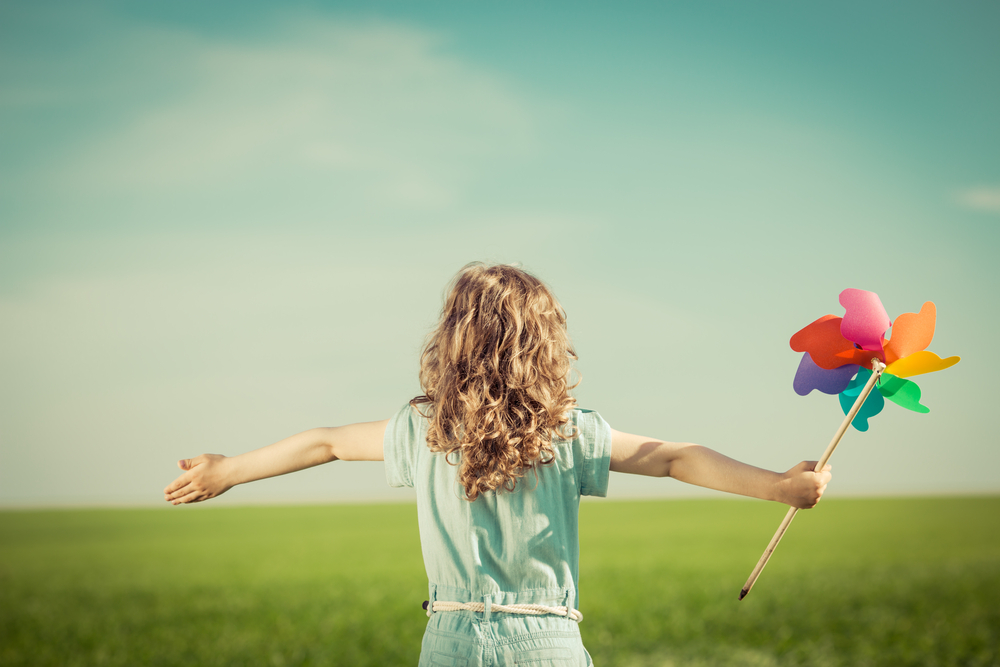 GUEST BLOGGER at Denmark.dk:  This month, I have asked Danish psychotherapist and author of the Danish Way of Parenting, Iben Sandahl Ehrhorn to provide a guest blog on gender equality in Danish schools and in raising children.

I grew up in a very social/liberal environment – one might say that my family was in the forefront of those who were active in the feminist debate. Both of my parents worked and in the early days we had a nanny in the house. My parents divorced when I was 3 years old, which forced both of them to take care of everything that had to do with housekeeping and the family. I learned that it does not matter if you are a man or woman – everybody joins in to make the family function properly.

Friday, June 5 was Constitution Day in Denmark – and the 100th anniversary of Suffrage for Women, too. It is a story of a more than 150-year struggle by my predecessors, which has ensured complete freedom for me in our democracy without suppression or feelings of inferiority towards the men around me. I appreciate having grown up in a country with freedom of speech and ingrained respect for the individual’s word. I have seen how fighting the battle has paid off.

It is very difficult for me to grasp the fact that life has not always been like this. I can understand it intellectually, but that is as far as it goes. The dignity of the individual and respect for her or him has always been an inherent part of my natural heritage.

This does not mean that everything is smooth sailing, however. Let us take an important experience to illustrate this: Throughout my adult years, I had visited my doctor on occasion and I had a good and professional relation to her.

We had never had any problems communicating in spite of the fact that she was originally an immigrant from a distant country.

It was a great shock when at the age of 27 I had a consultation with her together with my husband. I was expecting for the first time, and we were setting foot on our new and unknown path to becoming parents. This was, for sure, a joint project.

The moment my husband and I came in and she welcomed us at the door, I suddenly became totally invisible.I was shocked! I was the one who was pregnant, but she only looked at my husband and only spoke to him. I was there in the room all right, it was me who was in focus, and yet it was as if I was not present – did not exist. It was a very strange experience, and I had just not seen it coming.It dawned on me, of course, that she had a different cultural background. We had many things in common and yet there were different indicators revealing that our attitudes to gender equality were miles apart. My husband and I were faced with a woman from a different and strong cultural heritage, her mindset still firmly fixed after 25 years in Denmark.

It was an interesting experience.

Living in a democratic country where equality is always a burning question is very much reflected in Danish education. Danish students are champions of democracy, mainly due to the Danish tradition of critical thinking. Students are taught to look critically at adopted values and in so doing acquire a deeper understanding of democracy. It is not about taking a negative stance but about being realistic.‘The Danish Way of Parenting’ points out that Danes do not pretend that negativity does not exist. We just focus on the bigger picture rather than getting trapped by one aspect of an argument. This is what psychologists call being ”realistic optimists”.

Much parental education takes place in schools today. This is one reason why the book provides input on how we parents need to focus more on developing healthy, whole human beings, rather than promoting self-centered little creatures.On looking back, you will find that gender differences in school was not such a salient topic in twentieth century Denmark. A non-discriminatory understanding is a pre-requisite for teaching being gender-neutral.

Educational theory and practice are of paramount importance for a proper focus on the differences between boys and girls. All are treated equally, but with increased attention to differentiating according to the individual student’s needs.

Most classes have an equal proportion of boy and girls and most teaching is organized around the children’s individual skills. However, it is impossible to differentiate thoroughly with an average of 26 students in a class – but teachers strive to do their best and to address each child’s zone of proximal development.(The ‘zone of proximal development’ is defined thus: “A child needs the right amount of space to learn and grow in the zones that are right for them with the right amount of help” – Lev Vygotsky)

Instead of focusing on equality, teachers focus on things like socialization, autonomy, cohesion, democracy and self-esteem. As we are equal human beings, teachers want the students to develop a strong internal compass, which can guide them through life.

My co-writer Jessica Alexander and I recently talked to a well-known psychologist, and we were discussing the present-day plethora of diagnoses like ADHD, which tend to be given to many boys in school. You can find them in almost every class today. The psychologist told us that the common Danish reaction is to read the term ADHD as ”Alle Drenge Har Det” (all boys have it). One could suspect that there is some kind of discrimination going on here!

By focusing very narrowly on the differences between boys and girls in general, we think that stigmatizing takes place and therefore prevents the individual child from unfolding.

Instead of spending resources on categorizing children (using diagnoses or gender differentiation) which we often tend to do so that we can more easily get through our own assignments, it would be much better if we concentrated our good energy on understanding the individual that we are facing.

‘The Danish Way of Parenting’ believes in the importance of meeting other people with respect – that it makes a difference.What matters is not what gender person you are face to face with – but what individual you are involved with.

When many years ago my own doctor ignored me during my pregnancy consultation, I was taken aback. At the same time, I also became curious about who this woman was when she took off her doctor’s coat. A woman who had carried along her cultural heritage into her adult world, as we all do.

‘The Danish Way of Parenting’ invites readers to reflect on their own practice. Our purpose in the book is to put various facets of life and different approaches to upbringing into perspective.

This is how ‘The Danish Way of Parenting’ wants to treat boys and girls – not as gender individuals but as human beings with equal rights and equal possibilities. This is not the same as saying that you can encompass all possibilities– but there are really many that you can reach.

How to “Hygge” this Thanksgiving : 5 tips to guarantee more happiness

As featured in Huffington Post Turkey day is upon us and many of us are fretting over ingredients, travel plans and general excitement and…