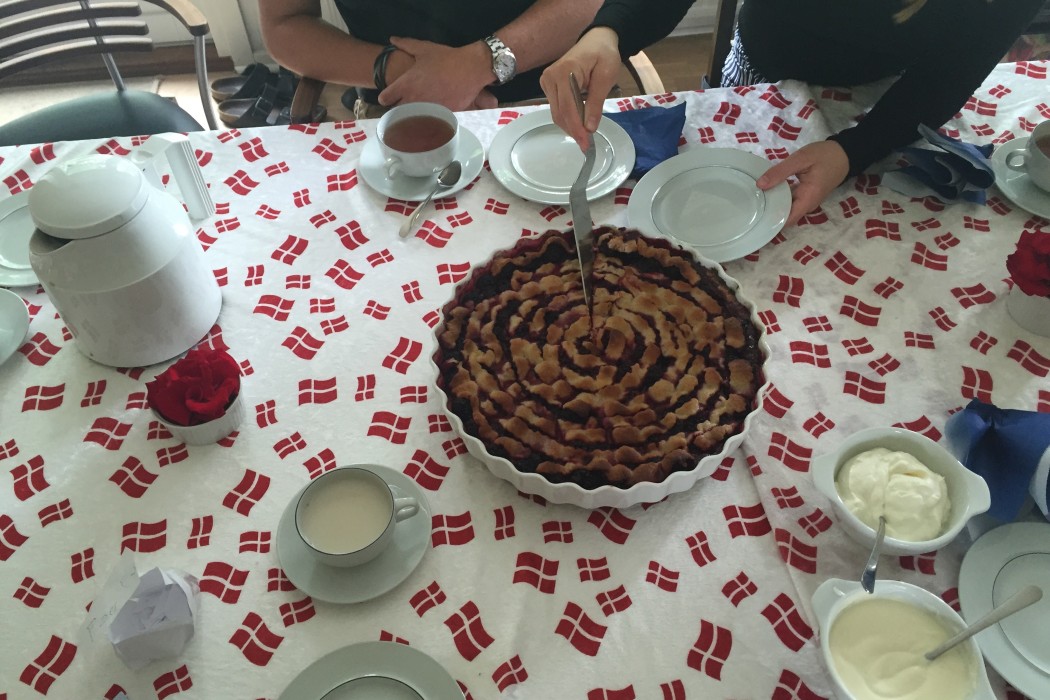 Now, the Danish tradition of  hygge is now on the radar of some Oregon parents.

And JPR’s Jennifer Margulis is hoping to get some for Mother’s Day.

Quick: Tell me everything you know about Denmark. That small Scandinavian country famous for its pastries. (Yes, Danishes were invented in Denmark.) And for being the birth place of the fairy tale author Hans Christen Andersen. Perhaps you also know that the Danes are famous for being happy:

“I saw in the newspaper that Denmark had been voted as the happiest people in the world for over 40 years in a row,” says writer Jessica Joelle Alexander. “They’re always in the top three. This year they are number two. Last year they were number one.”

Alexander is co-author of the book, The Danish Way of Parenting. Alexander is originally from Florida and currently lives in Italy.

When she first met her Danish husband fifteen years ago, she was not interested in having kids.

Not, that is, until she spent some time in Denmark and saw how well adjusted, well behaved, and confident the children there were. She told her husband that if she could be guaranteed Danish children, she was game. So why are children in Denmark so happy? Alexander believes it’s because of their parents.

“A light bulb went off in my head, and I thought ‘Oh my gosh, it must be the parenting,’ because happy kids grow up to be happy parents who raise happy kids and it becomes a cycle.”

Anoushka Andresen is a preschool teacher and mother of four. She lives in Southern Oregon now but she grew up on the German-Danish border. Anoushka thinks it’s actually easier to be a parent in Denmark.

“Everybody is so happy,” she says. “And so kind to each other, and so relaxed and trusting each other. People park their strollers outside the store, their sleeping babies in the stroller, they just leave them outside of the store, and they go inside the store and go shopping. And they know that when they come back that baby is still there, happy and sound.”

Reality check: if you leave a baby unattended outside a shop in America, a passerby is likely to call the cops.

But like Anouschka, Charlotte Sandstrom thinks Danish society is more supportive of families. Charlotte’s married to an American and works in special education in Portland. She says parents in Denmark are more relaxed because the government provides health care, free higher education, and generous family leave.

“Everybody has the opportunity to go and take an education and it’s paid for,” she explains. “There’s a lot of these things that in America put a lot of stress on families that are not necessarily there in Denmark.”

Denmark may be more parent and kid-friendly than America. But author Jessica Joelle Alexander insists that Americans can still learn a lot from the Danish way.

We can be less competitive with other parents and more empathetic with our children. We can avoid labeling our kids and give them space to make mistakes. And we can allow our kids lots of free play and unstructured time outside.

And then there’s hygge, a Danish word that describes a concept that doesn’t exist in English. Here’s how Anouschka, the mom in Ashland, explains it …

“Togetherness I guess is a good translation,: she says. “It’s just being together and having a good time. It almost makes me cry, because I miss it so much.”

Jessica Joelle Alexander says she’s been living and studying the concept of hygge for 18 years:

“A lot of people talk about it as being a cozy environment, a cozy atmosphere, lighting candles,” she says. “But I think that is a kind of a superficial description. Because what hygge actually is is a safe psychological space that you consciously create together with the family and your loved ones.”

A pot of stew bubbling on the stove, the electronics put away, and a commitment not to criticize, brag, or talk about politics. That sounds pretty nice. And Alexander says that even if you only do it for an hour, it’s worth it.

“But for this moment, no technology, no negativity, it is amazingly recharging for the soul. And it is the kids who benefit the most. They love spending drama-free time with the family.”

I want some! So I tell my four kids about hygge.

“This is America, mom, not Denmark!” my son snarkily informs me.

Still, we light candles. We make a commitment not to criticize. I cook a hearty vegetable soup and biscuits …

And then my preschooler scalds her finger on the wax. My son yells at her. She’s in tears. Our 16-year-old declares she hates playing games and our oldest begs to be excused to do homework. Here I am, trying for hygge… and, honestly? It’s a disaster…

All this talk about happy parents and well adjusted children makes me feel totally inadequate. Alexander tells me not to give up.

“It sounds really simple,” she reassures me, “but it takes a little bit of awareness to create it.”

Hygge for Mother’s Day? A trip to Denmark?

From the time my son was 12 months old until he reached age 24 months, it’s conservative to estimate he bit nearly fifty other…