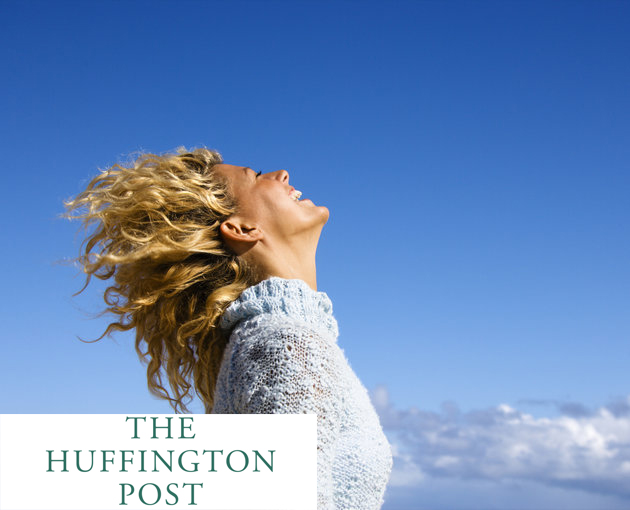 Denmark consistently ranks as one of the happiest countries in the world. The reason why might lie with the idea of “hygge.”

This article first appeared on Greater Good, the online magazine of the Greater Good Science Center at UC Berkeley. In November, GGSC is hosting a summit on Mindfulness and Well-Being at Work; find out more here.

For over 40 years in a row, Denmark has been voted as one of the happiest countries in the world. During this month’s Democratic primary debate, candidate Bernie Sanders said, “We should look to countries like Denmark” if we wanted the US to become a happier place—a comment that triggered fierce debate about Denmark’s public policies.

What is the secret to the emotional success of this small Northern European country? In our new book The Danish Way of Parenting: A Guide To Raising The Happiest Kids in the World, I explore this question with my co-author, Danish psychotherapist Iben Sandahl. At least part of the answer lies with the Danish way of “hygge”—pronounced “hooga.”

The word dates back to the 19th century. It is derived from the Germanic word hyggja, which means to think or feel satisfied. There are no exact translations of hygge but some attempts are “cozy” or “homey”—words that do little to encompass the full spectrum of what it is.

Hygge is essentially drama-free togetherness time. It is cozying around or “at hygge sig,” but more than that, it is being aware that that cozy time is sacred—and treating it as such. Because Danes see hygge as such a fundamental aspect of good living, they all work together to make it happen. Hygge is “we time,” not “me time.”

Hygge is considered such a powerful factor in Danish happiness that some universities in the UK and the US have started offering courses on it. Many think it is about lighting candles, preparing good food, and creating a nice atmosphere. But this is only the surface aspect of hygge. The truth is, it is so much deeper than that.

So what is hygge exactly?

Try to imagine going to a drama-free family gathering. There are no divisive discussions about politics, family issues, or Aunt Jenny’s dysfunctional kids. No snide comments, complaining, or heavy negativity. Everyone helps out, so that not one person gets stuck doing all the work. No one brags, attacks anyone, or competes with another. It is a light-hearted, balanced interaction that is focused on enjoying the moment, the food, and the company. In short, a shelter from the outside world.

For some, that may sound normal for family gatherings. For most of us, it isn’t.

These unspoken rules of hygge are precisely what make it so special. American anthropologists who have studied Danish hygge have been struck by the effortless flow in hyggelig interactions and how no one tries to take center stage. It is a moment in time where everyone takes off their masks and leaves difficulties at the door, in order to appreciate the power of presence with others.

There are mountains of research to support how important social ties are for well-being. Feeling connected to others gives meaning and purpose to all of our lives. Social ties can increase longevity, reduce stress, and even boost our immune system. By dedicating specific time to “hygge” we can create a safe space for families and friends to be together without stress. However, it takes everyone wanting this and working together to achieve it.

Researchers also find that Denmark’s egalitarianism plays an important role. For example, a 2009 study by Robert Biswas-Diener and colleagues found that while rich Americans and Danes were equally happy, what really made the difference is that low-income Danes were much, much happier than their American counterparts. This is consistent with findings that high levels of equality translate into happier societies. Unsurprisingly, egalitarianism is also a core value of hygge, according to anthropologists. In this way, perhaps, the rules governing private life in Denmark translate into the kind of public gains cited by Bernie Sanders.

Here are five rules for hygge—some of which you may want to apply to your own life.

1. Come as you are. Be yourself. Your real self. Let your guard down. You won’t be attacked on hygge turf and you won’t attack in turn. When we strip ourselves of trying to prove something we can all connect in a much more real way. Competition, boasting, and pretense are not bonding, but rather subtly dividing.

2. Forget the controversy. If your topic is too serious, divisive or controversial, it probably isn’t hyggeligt, Hygge is about a balanced ebb and flow of discussion in a lighthearted way. The focus is on the moment and being in the moment. We have plenty of time in our everyday lives to argue and debate and experience drama but hygge is about enjoying the food, the company and not getting caught up in things that take away from that. Thus, complaining, heavy negativity, judging and arguing are not allowed in the hygge space.

3. Think of yourself as a team member. Everyone sees what he or she can do to contribute, without being asked. This makes the whole team flow better and no one gets stuck doing all the work. When everyone works together in preparing, serving, pouring, and conversing, then hygge is in full bloom. But everyone has to understand that they are part of that team.

4. See hygge as a shelter from the outside. Hygge time is about providing a temporary shelter from social climbing, networking, competition, and materialism. A place where everyone can relax and open their hearts without judging, no matter what is going on in their life. For better or for worse, this place is sacred and problems can be left outside. This is special because it allows for families and friends to always be able to connect in this space without fear of judgment.

5. Remember it is time limited. Making hygge can be challenging for a non-Dane. No one taking center stage, no one bragging or complaining, no one being too negative and everyone trying to be present without arguing? This is hard to do for a lot of families! But the payoff is enormous. It feels incredible to share these drama-free moments with those you care about. If you realize that it is only for a dinner or a lunch or a limited period of time, it makes it much easier to really try and enjoy that moment.

Your problems will be waiting for you outside hygge’s door when you leave. But for a little while they can wait outside for the sake of the something bigger.

Jessica Alexander is an American columnist and cultural trainer. She graduated with a B.S. in Psychology and has always been interested in cultural differences. She’s been married to a Dane for 14 years, speaks four languages, and lives in Rome with her husband and two children. She is the author of The Danish Way of Parenting: A Guide To Raising The Happiest Kids in the World.

From hugs and kisses to screams and shouts. Sometimes the relationships between siblings can be anything but rosy. But patience, conflicts and love can…