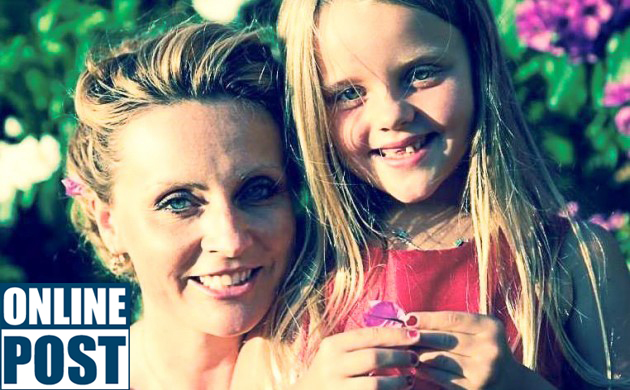 The success of the book ‘The Danish Way of Parenting’ suggests the country could have yet another cultural export success story on its hands.
September 4th, 2015 7:00 pm| by Maria DunbarNordic cuisine, Nordic design, Nordic Noir – the list of successful cultural exports has been a neverending one over the last decade, and now you can add Nordic Nurture to the list.

‘The Danish Way of Parenting’ by American writer Jessica Alexander and Danish therapist Iben Sandahl is already a bestseller, in the shops and on Amazon, and snowballing to meteoric proportions.

Poland’s leading newspaper, Gazeta Wyborcza, championed it last month, and was then swiftly followed by the Huffington Post.

So ahead of the book becoming a juggernaut and on everybody’s must-read list of 2016, we caught up with Alexander (who we previously interviewed in February about the book) to find out more about the ever-growing phenomenon.
It would appear that Danish mothers really do know best.

Happy for a reason
The book contains a mixture of real life experiences and results from studies in the country often described as the happiest in the world, and it would seem that this well-being may stem from their childhood years.

The pair’s hypothesis states that being reared in a Danish fashion is the key to having happy children, which in turn will become happy adults.
The Danes’ happiness even follows them into retirement, according to recent Eurostat numbers.

Danish parenting 101
“Perhaps some of the most noteworthy things is that the Danes actively instill empathy and allow for a lot of play,” said Alexander.

“This play-based learning style puts an emphasis on trusting children to learn to trust in themselves. This is quite special and unique and yields impressive results.”

Danish parenting is different in many areas.

“Spanking is a big one. It is illegal in Denmark, whereas it is totally acceptable as a form of discipline in other countries,” continued Alexander.

“The importance they place on socialisation and the ‘whole child’ rather than only grades and accomplishments is another. And, of course, the fact that they actively teach empathy in schools.”

Social prosperity is key
This corresponds with research by the University of Aarhus that showed that parenting and school are intertwined. Both aspire to teach the child how to fit in to Danish society socially and it’s important that the parent participates in this assimilation through their involvement with the school.

Journalists Nina Kragh from Politiken and Lucy McDonald from the Guardian traded places to discover whether parenting was easier in the UK or Denmark. They both reported there was more focus on education in the UK while social prosperity seemed more important in Denmark.

Danish parents were also less paranoid regarding their children’s safety, letting them play outside with little to no supervision.

School, the extra parent
Besides empathy, Alexander touched upon other areas in which schools play a vital role in the children’s development.

“The way in which the school supports social competencies and learning skills helps builds the space for development, trust and cohesion,” she contended.

“Children in Denmark go to school with the same 20-25 students from the age of 6 to 16. This provides a lot of opportunity to focus on working together within that group, both for the parents and children.”

Indeed, when the class finally breaks up in the 9th and 10th grades, some parents find it harder to let go than the kids.

“In many Danish schools it is common for parents to get together, not only to discuss class issues, but also to get to know each other better,” she said.
“This fosters more trust and understanding, both as individuals and as family units.”

Balanced lifestyles
With only 2 percent of employed danes working ‘long hours’ as stated by OECD, they have plenty of free time to focus on their parenting and themselves.

“One study showed that Danish mothers get on average one and half hours more leisure time than moms in America, Australia and France,” revealed Alexander.

“Some countries seem to value accomplishments above all else. Danes make it a priority to live a good life. It’s possible to get a lot of status from what you do in your leisure time in Denmark. They base their idea of success more on being able to find satisfaction in the present moment than on achievements
alone.”

Weak and strong together
It is observed by many new arrivals that Danish schools are very reluctant to move children up or down a year. Alexander notes that keeping the community going is more important.

“There has always been a big difference in intelligence among Danish children. Without labelling as ‘smarter’, it is clear that some kids are good at maths, but perhaps they aren’t as good at art,” she said.

“Everyone can learn something from another and this is what is encouraged in school rather than who is smarter and to base worth on that. We all have different strengths and weaknesses. The school represents the community and therefore it is important to learn co-operation. This kind of ‘co-operation’ has actually been proven to bring more success in the long-run than so-called ‘intelligence’ alone.”

Let the children play
Overall, Alexander doesn’t think the new school reforms will have too much effect on Danish parenting.

“These extra hours are mainly to incorporate more physical activity,” she reasoned.

“There will still be a lot of play-based learning, and parenting, as such, won’t change.”

‘The Danish Way of Parenting’

‘The Danish Way of Parenting’ is already on sale in 19 different countries.
According to the authors, it has “held steady in the top 10 on Amazon for some time now”.

Currently only available in English, the authors are in talks to have it translated into French, Italian, Spanish and Chinese.

Interest in the book has been worldwide, with media from Canada, the US, Australia, South Africa and Poland all interested.

Publishers from South Korea, the US, Indonesia, Poland, Vietnam, India and China have all recently shown interest.

Already, the book has been used to teach an entire college class in the US
The book is currently available to buy in Denmark at Copenhagen Airport and via Saxo and Amazon.

One of the most interesting programs in Danish Schools, which we treasure a lot, is called “Klassen Tid” or “Class Time.” It’s one of…