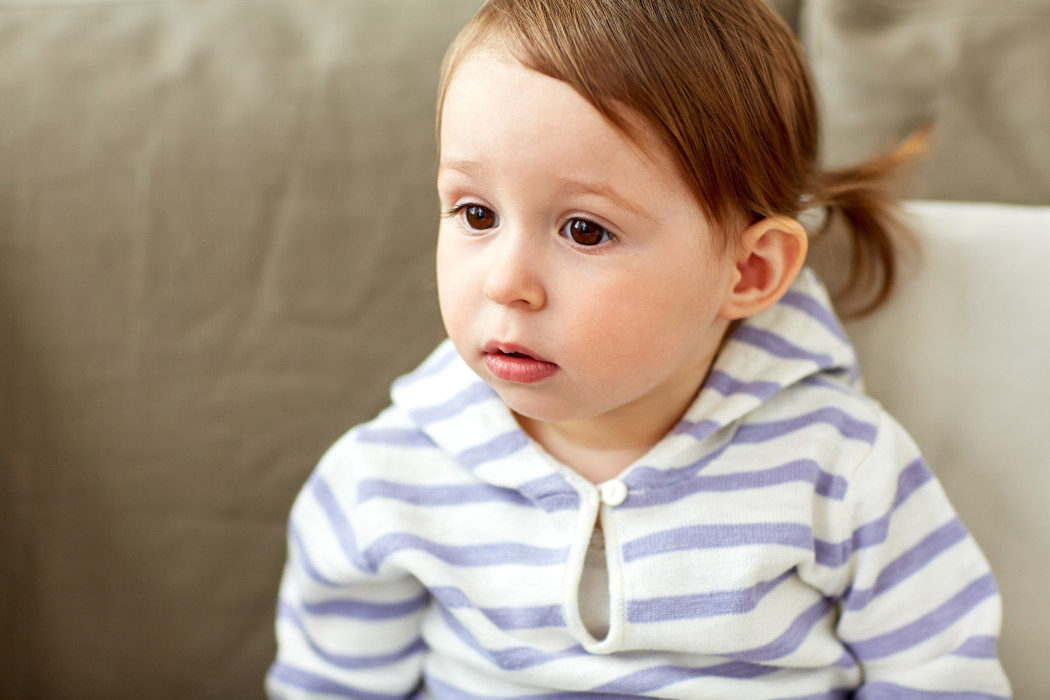 When external influences plant small seeds of fear in our children.

When Sophia was only four years old, it began. Her bedtime ritual, which had previously been a pleasant hour with Mom and Dad, suddenly became stressful and exhausting. All at once Sophia began to react violently and throw tantrums to avoid being tucked into bed.
Evenings were full of screaming and yelling and frustrations. It was exhausting, not just for Sophia, but also for the rest of the family. Her loving and devoted parents tried various strategies they found in books and online, but nothing helped.

Instead, Sophia’s condition worsened as time went by. When her mother took some time off to go shopping, exercise, or meet with friends, Sophia sobbed her heart out. It all came to a head when the family received a telephone call from Sophia’s teacher saying she had hit one of the other girls in school. Not just hit her, but screamed right in her face.

The family felt powerless because they simply couldn’t understand the source of Sophia’s unreasonable behavior. It hurt them deeply to know that the daughter they loved was suffering so badly at some level.

But Sophia wasn’t alone. A full 3 percent of children in the U.S. aged three to 17 have been identified as having suffered from anxiety, and a National Survey of Children’s Health showed that 1 out of 7 U.S. children aged 2 to 8 years had a diagnosed mental, behavioral, or developmental disorder (MBDD). Stress among children is estimated to have increased 45 percent over the past 30 years in Canada. You can read more about stress in America here.

Our children live in a performance society, where they are constantly being told that they must be the best version of themselves and that only the best is good enough. It’s a part of our culture, and many of us parents tend to believe that busy days and high expectations are needed to help our kids reach their potential.

But there’s another factor that’s creating turmoil, insecurity, and stress in our small angels’ lives: It’s everything we don’t have control over; all the impressions and inputs our children take in every day.

Children are exposed to a lot of unnecessary things. Social media and access to sometimes disturbing knowledge and facts are no longer limited to adults. Our children have access, too. Children hear and understand far more than we know and this makes them afraid and insecure. Terror, war, conflicts and all of the worlds’ frightening messages reach our children without us realizing, and without them being able to put it all in context.

These external influences plant small seeds of fear in our children.

TV on in the background

This was also true in Sophia’s household, where the TV was on with news channels playing almost constantly. Sophia’s parents never thought to shield her from it. For them, the TV was just a piece of furniture. Often they had the TV on when they ate dinner, or when they played with their daughter on the living room floor.

That meant that from the time Sophia was very small she was absorbing information from TV that terrified her. It brought her into a valley of fear that she couldn’t describe in words.

The fear grew as she became older and more conscious of what was really going on in the world around her. Her foundation moved in the direction of fear instead of security, and her tiny body was stressed out and working hard.

Tell Sophia she is safe

I recommended to Sophia’s family that they shield her from TV news as much as possible, and at the same time tell her that the adults in her family were watching out for her and that she was safe at home with them.

She needed to feel that they had control over the awkwardness and insecurity she was experiencing from the world around her. I told them to let her know that her family and her home were a safe place for her to be; a place where she could just be a carefree child.

I also recommended that they create a daily ritual—a half-hour was long enough—where they dimmed the lights and brought out soft pillows to create a warm, nurturing atmosphere. Then they could sit together and read a storybook, play a game, or just chat about the day’s events. Time alone with mom or dad where there was no entertainment, no lessons to be learned. Just some time to be themselves.

Children are wonderfully resilient, and sometimes it just takes a few changes to get rid of bad habits. Sophia began to sleep well again and let go of her fear of being away from her mother. Daily life became a happy place with lots of playful energy. Sophia became the happy girl she once was again and the family became closer than ever.