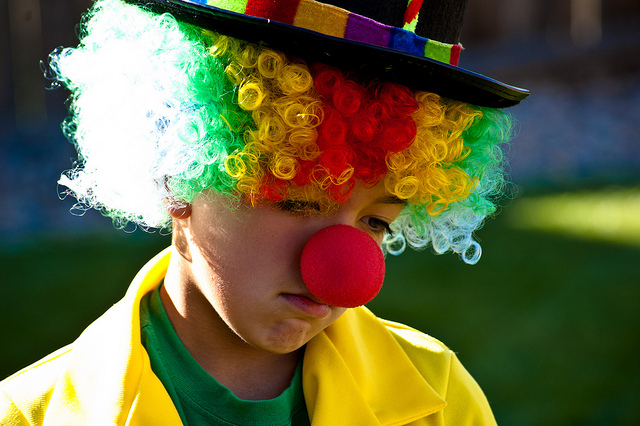 The other night when I picked my daughter up from school she was in a little bit of a mood. I didn’t think anything of it. We went home and did our nightly routine and then, when it was close to bedtime, I could hear she got very upset with her little brother because he had colored on a drawing she’d made of a princess and she was beside herself. I tried to console her and tell her he didn’t know and was sorry but she stormed off in a huff and buried her face in her arms on the sofa. This was very strange behavior for her. I went to put her brother to bed when I heard her start sobbing loudly. I went out to the living room but she wouldn’t talk to me. All she said, between her sobs, was that there would never EVER be another picture like that one and he had ruined it! I really wanted to tell her that she was being silly but I knew that was not “the Danish Way”. I didn’t really know what to do or say so I stroked her arm and then went to finish putting her brother to bed. I thought about some of the rules of reframing.

1. Don’t force your children to tell you what’s wrong if they are upset. (this is more of an adult need than a child’s need). When your children are upset it’s like they are in a river trying to swim upstream. In those moments they can’t talk. You first have to help try to get them out of the river of emotion first and let them feel safe and loved.

2. Give them a hug or try talking about something else. It’s ok to be upset. Only when they are calmer can you reach them more objectively.

3. Pull from for the positive angles of a story and build on those. When they are calmer you can help them focus on the better aspects of a story. The adult has to help the child focus on what they can do not what they can’t.

I went back into the living room and put my arms around her and hugged her tightly. She tried to shake me off but I could also feel she kind of liked it. I then pulled her into my lap jokingly like she was a baby and rocked her and kissed her. I could see she was calmer. I said, “you know what? I have an idea! We can trace the picture!” She said “no we cant, it wont be the same!” I said “Yes! We can trace it many times and you know what is great about that? The more you draw it the better you will be at drawing it! You were just telling me how the kids at school said you were a good artist right?!” She shrugged. I then got up and showed her the new pretty pink folder she could use for her drawings and reiterated that the more she traced the picture, she would be better and better at drawing it (focusing on effort involved and what she could do rather than couldn’t do). She didn’t seem convinced but went to bed in a somewhat better mood. I had no idea if this had helped or not honestly but I felt I had done the right thing.

The next day when she came home from school she bounded into her bedroom SO excited to trace her picture! Without a word to me, she dug it out of the trash where she had crumpled it up and traced it 5 times in a row. She then asked me where her special folder was and put the drawings inside and even took one out to color it herself (like her brother had done and she had not liked it). Later she drew a princess without tracing it and I could see she was incredibly proud of herself.

I was truly amazed. It really worked!

Nordic nurture: I’d like to teach the world to bring up perfect progeny

The success of the book ‘The Danish Way of Parenting’ suggests the country could have yet another cultural export success story on its hands….